The College of Wooster installed three new security cameras along Beall Avenue this summer in an attempt to curtail a long history of harassment along that street. The cameras sit at the north and south ends of campus and the Lowry crosswalk.

The project, taken up last spring, came about at the request of students who felt that having a documented account of traffic would either curb harassment incidents or at least allow for easier apprehension of harassers via recordings of car models and plate numbers.

Over the years, students have reported a wide variety of attacks along Beall Avenue, ranging from racially or sexually charged slurs to thrown bottles and food to a singular but nevertheless malicious blow-dart attack.

“The hope is that the cameras will serve as a deterrent factor for those who would harass students or community members,” said Dean of Students Kurt Holmes.

In addition, Director of Security and Protective Services Steve Glick noted that two more cameras will be installed on the emergency phone towers being placed near the Andrews and Gault libraries. Concerns about the cameras being used by security to retroactively punish students for various misdemeanors are, however, unfounded.

“We want to do everything we can to make students feel safe in the community,” remarked Senior Associate Dean of Students Carolyn Buxton. “And not just students – staff, faculty and guests included. We want to have a very positive experience here at the College.”

Deans Buxton and Holmes also pointed out that, while the harassment incidents are offensive, as well as potentially physically and emotionally harmful, the harassers are not indicative of the mindset of the larger Wooster community.

“We’ve seen a great pattern of collaboration with city and community leaders,” said Dean Holmes. “The bad facets are typically a small portion of our community, and we all have the desire to curtail their actions.”

Or, as Buxton put it – “Students love the friendliness of the community, and the community appreciates the presence of students. But there are a few eggheads, and they have always been here.”

So what can students do in the meantime to protect themselves against the inevitable egghead?

“Nothing will replace students being ever vigilant,” said Dean Buxton. “Don’t walk alone, walk the interior of campus instead of along Beall and respect the community and people around you.” “I’d describe my style as hip and thrifty. My shirt is from Goodwill.” 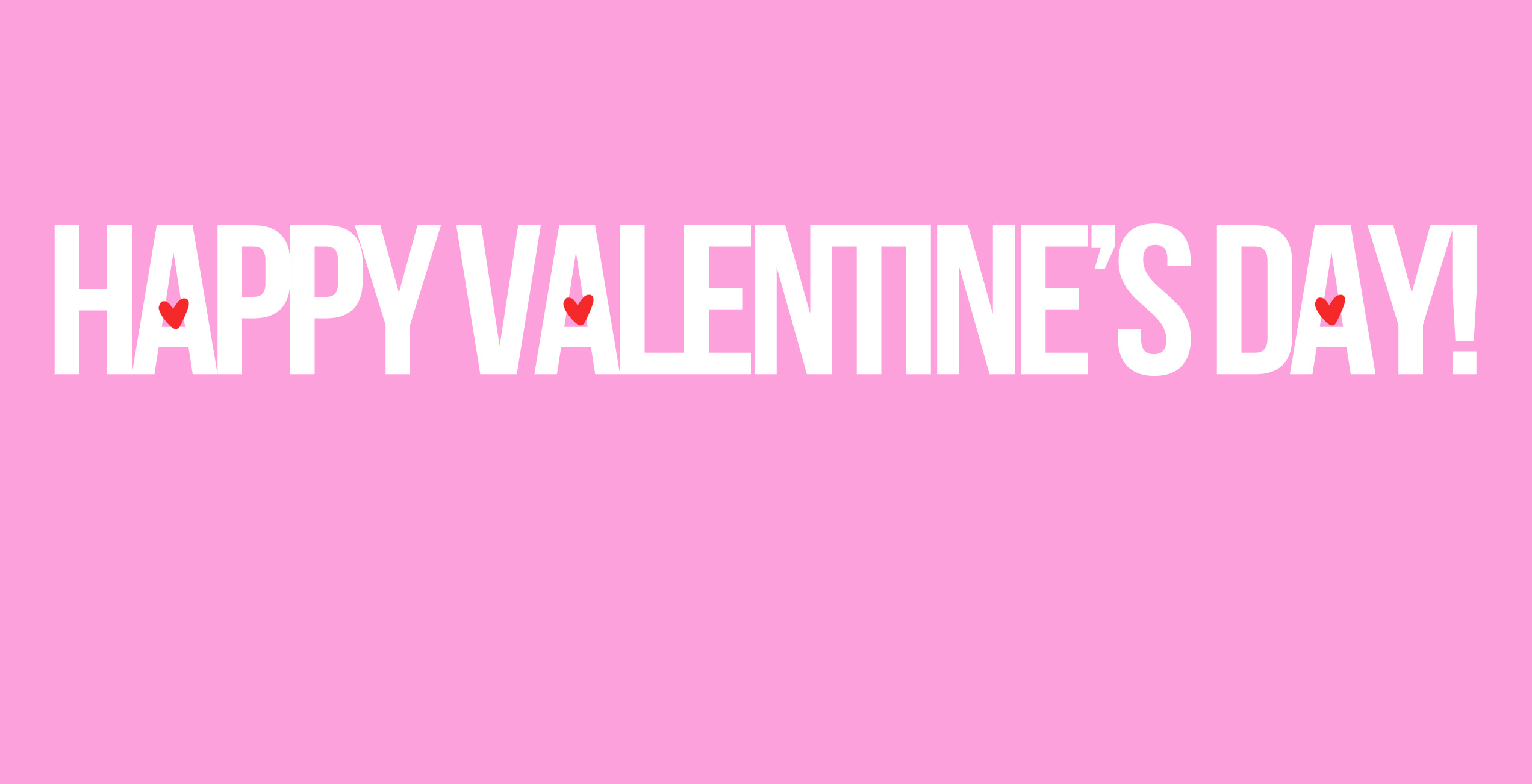 The Wooster Voice staff would like to wish you a very Happy Valentines Day!

Retirement doesn’t stop most Wooster professors, many of whom retain strong ties to the College while pursuing works of academia and other profound interests. In the case of Joanne Frye, who left the College in 2009 but maintains the status of emerita professor of English, retirement was just another way to delve more enthusiastically into her primary passions — reading and writing.

Her latest and greatest writing comes in the form of a book entitled “Biting the Moon: a memoir of feminism and motherhood,” which came out on March 15 and is available on amazon.com. The book focuses on Frye’s life and family, and is split between her time in Wooster, OH and Bloomington, IN. This is her third book, following the well-praised “Living Stories, Telling Lives: Women and the Novel in Contemporary Experience” and “Tillie Olsen: A Study of the Short Fiction.”

“In the 90s, there were hardly any narratives that portrayed the mother’s point of view,” Frye explained. ”I wondered why this was, and decided to figure it out by writing a book myself.”

However, Frye wasn’t always a writer. Her first love was for reading. ”I kept going to school because that was where they let me keep reading. I ended up with a Ph.D. and then what was I supposed to do? I needed a job and was divorced when my daughters were young, but I had grown up with people who loved education and books.” Teaching, for her, was the logical next step.

It was a path the pursued for a number of years, and although she enjoys teaching and working with students, Frye explained that the everyday tasks of the profession began to weigh on her.

“I wanted the tine and flexibility to do other things. It’s not like I was burned out on teaching, but I was ready to give myself permission to do some other things,” she said.

“Biting the Moon” is the realization of a number of years of mothering, thinking, teaching, and drafting. It has been called a “deeply felt, courageous portrait of a woman’s life” that promises to be “will be intimately familiar to an older generation of mothers and an inspiration to a younger generation.”

“It took a really long time. I can’t even say when I officially started. I had some written, and then I went to NYC to really get serious on it — I sent it to Syracuse maybe 10 years after I first began writing. We signed our official contract in the fall of 2010.

Frye will present her work tonight at 7 p.m. in the Lean Lecture room, and an informal, follow-up discussion on feminist parenting is scheduled for Thursday at 11 a.m., also in Lean.

Accompanying her is Jane Lazarre, a friend and author of “Beyond the Whiteness of Whiteness,” “The Mother Knot,” “Inheritance” and other titles. Their joint presentation will cover a variety of topics within the fields of memoir writing and motherhood.

“One of the things that interests both Jane and I is how we think about the boundaries of fiction and memoir. How do you write about something that isn’t sequential?” asked Frye.

Another challenge of the memoir as a genre is the fluid nature of the topic. Frye quickly learned firsthand that life goes on, even when a book about it needs to wrap up. “I ended up having to add an epilogue on the birth of my grandson to the memoir,” she said. “I really needed a resting place, although it wasn’t an ending — it was a beginning.”

I think it’s safe to say Circle K does not get the respect they deserve. They are a hard-working bunch of individuals who are almost always planning a service project for the college or community, yet they often go ignored.

“Circle K is the collegiate branch of Kiwanis International, an international service club with nearly a quarter of a million members,” explains the club’s current president, Justin Kalinay ’13. “Often times, people don’t seem to understand that we’re part of a larger organization and just think we’re on our own here.”

“Circle K participates in a variety of service projects throughout the year, varying from local projects like trips to the humane society every Tuesday to larger feats like organizing the Battle of the Bands at the UG for the VH1 Save the Music Foundation or collecting pull tabs from all across campus for the Ronald McDonald Foundation,” said Kalinay. The club even brings in speakers, such as next Tuesday, when a Ronald McDonald Foundation representative will explain what they do with the beer and soda can tabs on campus, and why the process is important.

Their meeting time never goes wasted. Every other meeting doubles as a service project to help an organization associated with Circle K. “It’s just what we do” Kalinay joked.

When asked why he participates in Circle K, Kalinay said “It’s easy in college to just be concerned with yourself and forget about being in a larger community. But I started volunteering in middle school and joined up with Key Club in high school,      so I’ve been kind of indoctrinated into these things. Also, it’s clichéd but I feel like I’m making a difference. And that’s how a lot of us feel. There’s also a selfish aspect to it in that it makes me feel better, but I balance that out because I’m helping people when I do.”

Upcoming events for Circle K this month include the Battle of the Bands on Nov. 19, assisting at the Wooster City Daddy-Daughter dance on Nov. 4 and 5, and a Super Smash Bros Tournament at the end of the month. The club meets on Mondays at 6:15 p.m. in Lowry 120. Those interested they can contact Kalinay at JKalinay13@wooster.edu or Emily Butcher at EButcher12@wooster.edu.

The College of Wooster volleyball team went 2-2 this past weekend as the team began its North Coast Athletic Conference schedule. The Scots (11-4, 2-2 NCAC) started the season with five straight wins and have been impressive thus far.

Wooster squared off against Kenyon College and DePauw University last Saturday. In their NCAC opening match, the Scots beat Kenyon (5-8, 0-1) in straight sets. Wooster easily controlled the first two sets, winning the first set 25-15 and the second set 25-14. In the final set, Kenyon, on the edge of defeat, attempted to rally, but Wooster responded, ending the match with a third set victory of 25-22.

In their second match of the day, the Scots lost a hard-fought contest with DePauw Univ. Although Wooster captured the first set 25-21, the Tigers (10-4, 1-0) were victorious, winning the next three sets in a row.

For the Scots, Beal turned in another solid overall performance registering seven kills, 20 assists and 13 digs. Parker accounted for about one-third of the team’s kills after recording 12 kills on 37 attempts. On defense, the entire team pitched in, with Wooster making 57 total digs and recording nine blocks.

On Sunday, the Scots looked to get back on track against rival Wittenberg University. Wooster struggled offensively as Wittenberg (11-1, 3-0) raced to victory in straight sets. The Scots only managed 21 kills on 92 attempts. Johnson again led the team on defense, making 13 digs.

Wooster quickly rebounded, winning their next match against Hiram College (13-6, 2-2) in four sets. After taking the first set, Wooster dropped the second set to the Terriers. The Scots fought back with a win in the third set, before claiming victory after a long fourth set.

Johnson turned in an unbelievable performance as she made 26 digs, while Parker and Zwegat each registered over 10 kills. Autumn Berry ’14 chipped in with 17 assists, while Beal recorded 25 assists.

The Scots will return to action this week against Kenyon and Earlham College, before traveling to DePauw next weekend.