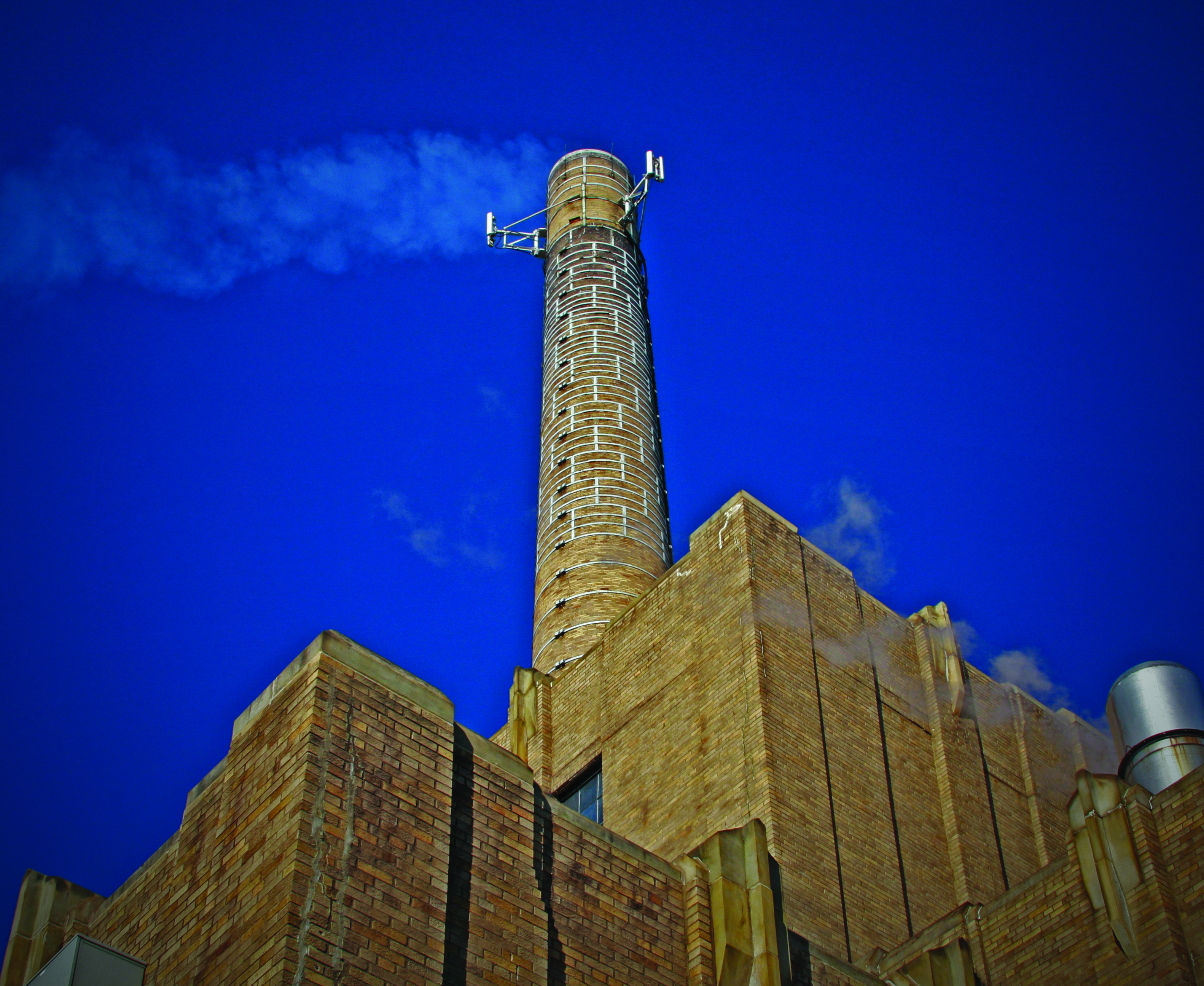 Prospective students of The College of Wooster would be forgiven for not knowing about one of our (literally) dirtiest secrets; it is not searchable on our website and isn’t on the route of campus tours.

Moreover, the advertising of “Wooster and Sustainability” on the website focuses only our “progress in becoming a sustainable campus” — not on the reality that is the on-campus coal-powered plant.

The College has inarguably made great strides in overall sustainability, with energy-efficient lighting, motion-activated light switches, better recycling and composting practices and improved methods of water conservation. According to Vice President for Finance and Business Laurie Stickelmaier, the College’s carbon dioxide footprint has already decreased from 20,000 to 11,000 tons per year as a result of these changes.

A portion of the reduced footprint is a result of the millions upon millions of dollars that have gone to our brand new Scot Center. This new gymnasium features an enormous solar roof and promises to be significantly more attractive, usable and environmentally friendly than the cramped, cave-like recesses of the old Physical Education Center.

Criticism toward the Scot Center remains, however. Matt Policastro, a current junior and the president of campus sustainability group “Greenhouse,” discussed the issue at length last week.

“The solar roof is a good symbol and it’s very visible, but the actual impact it’s making is just not enough. Shutting down the coal plant, especially in light of the recent rhetoric from the administration, would be a very real step in campus sustainability,” said Policastro.

The coal plant is particularly troublesome in a state that the Environmental Integrity Project has named one of the largest CO2 polluters in the U.S., behind only Texas and Florida. Ohio also ranks number one in the National Resources Defense Council’s “Toxic Twenty” states, outstripping Pennsylvania and Florida, our closest competitors, by a whopping 18,000 and 19,000 lbs. of CO2, respectively.

Unfortunately, shutting down the plant isn’t just a matter of the administration. The “Campus Facilities Master Plan” puts all large-scale updates and changes in the hands of the Board of Trustees. The plan is currently juggling about 25 initiatives, to be acted on within the time frame of five, 10, or even 15-20 years.

Trustees will weigh the merits of these initiatives in March and make final decisions in June. Until then, no significant upgrades are planned for the power plant.

“I’m a firm believer in sustainability and would like to see the plant converted sooner rather than later. But we have a lot of strong needs on this campus. It’s a matter of priorities and what needs to come first,” said Stickelmaier.

These needs, Stickelmaier explained, include renovations to Mateer Hall, the addition of a new pool and improvements to many residence halls. Other possibilities include altering the exterior of McGaw Chapel and converting the golf course into space for academics and residence halls.

Where does the coal plant stand in this wealth of possibilities? It’s difficult to say. Part of the issue is that the area’s alternative energy sources are inconsistent at best, and completely lacking or enormously expensive at worst. The College has looked into alternatives such as geothermal, thermal, biomass and wind, and decided that natural gas is the only feasible option.

“It’ll cost about 3.5 million dollars to convert the plant to natural gas, and the operating cost won’t be any higher,” said Stickelmaier.

One of the fears in a conversion to natural gas is the controversial issue of hydrologic “fracking,” which involves pumping water into rocks to expose deposits of shale gas deep beneath the Earth. It’s a highly efficient way to gather natural gas, but comes with a host of concerns.

“From an economic standpoint, fracking makes a lot of sense. The consternation has been all of the side effects. Toxins are pumped into shale, but since shale isn’t an absorbent rock, they leak everywhere. Contaminants have entered water supplies and caused health problems… There just hasn’t been enough rigorous scientific research done for it to be an environmentally friendly possibility,” said Policastro.

Stickelmaier and Director of Physical Plant Operations Doug Laditka have explained that the administration hopes to find a fracking solution before the plant is renovated — a distinct possibility, since the coal plant isn’t going anywhere in the near future.

“Developing the Scot Center and the new CoRE library are great improvements, but I think there’s a real disconnect between what students think is important on campus and what the administration does. These developments look good, but there are a lot of problems on campus that aren’t as visible, but just as real,” Policastro said.

Swimming on the rise, Teams combine to win nine out of 10

The College’s men’s and women’s swimming and diving teams have started 2012 strongly, with the women winning all five of their meets and the men winning four out of five.

The teams split with Ohio Wesleyan University on Jan. 14, with the men losing 122-95 and the women winning 154-63. However, both teams enjoyed dominant victories over Defiance College in the same evening. The men took down Defiance 164-34 and the women won 177-28.

Last Friday against the University of Mount Union, the Scot men defeated the Purple Raiders 150-121, led by three individual wins from Maddock, who took the 100 yard backstroke, 200 yard backstroke and 400 IM. Parisi, LaJoie and Imre Namath ’13 won two events each.

On Saturday, Wooster took on Malone University at Timken Natatorium. The women won all but one event, the 200 yard IM, which featured Melissa Haug in second place, Rebecca Haug ’12 in third and Kaitlyn Fries ’15 in fourth. The Scots won 154-17.

The men earned a 151.5-118.5 victory over the Pioneers behind two wins each from Parisi and LaJoie as well as Namath’s victory in the 100 free.

The Fighting Scots will travel to Grove City, Pa. tomorrow to take on Grove City College in a dual meet at 1 p.m.

There are two types of people on this campus: library enthusiasts and everyone else. The typical library enthusiast is identified by: 1. loyalty to a certain “spot” in the library, 2. certainty that “their” library (Gault, Andrews or Timken) is superior to the other libraries, and 3. a proclaimed inability to do work at any other campus location.

The library enthusiast is a product of the personality, spirit and warmth of the Wooster community.  The warm colors and open spaces in each library have always reflected those values by making the library as welcoming as possible. Even the writing center has a home-like feel, with a fireplace, chandelier and couches.

As a self-proclaimed library enthusiast, I could barely contain my excitement when I heard about the renovation of the first floor of Andrews Library into the Collaborative Research Environment (CoRE). I loved the idea of having a space for student collaboration and the idea of replacing some of the older, unused spaces in the back of Andrews Library with new spaces. I imagined a renovation similar to the new Scot Center, with warm colors and bright accents, and I imagined comfortable new furniture without dirty jokes scratched into the tables. To say that CoRE did not live up to my expectations would be an understatement.

I entered CoRE for the first time through Gault Library. As the green carpet and bright atmosphere of Gault gave way to the gray walls, artificial light and narrow hallways of CoRE, I felt a knot form in the pit of my stomach. The metal accents and high-set windows of the study rooms made the space feel more like the core of the earth than the core of a school curriculum.

I was leading a campus tour at the time. Even though the family was impressed by the state-of-the-art technology at hand, nothing could disguise how painfully foreign the area was in contrast to the rest of the library. Although I explained that the rest of the first floor would likely be renovated in the future, I remained as perplexed by the new facility as they were.

The design of CoRE seems odd to me. A facility that is made to encourage group sharing, group collaboration and student performance should make students feel as comfortable and open as possible. Instead, the extra walls, even those made of glass, give the area a closed-off feeling. I have heard students describe the paint and carpet colors as “cold,” “gloomy” and even “sterile.” The facility is a sharp contrast to the Scot Center or Lowry Pit, where warm colors, comfort, school pride and inclusion of natural light were priorities during renovations (Lowry Pit was redone in January 2010).

I am sure that CoRE will be a wonderful place for students to use the best technology available, receive help on assignments, practice presentations and collaborate with each other. At the same time, I can’t help but wonder whether the collaboration can be successful if students do not feel fully comfortable in the space. As impressive as the facility may be, you must excuse me if I choose to stay in Gault Library from now on.